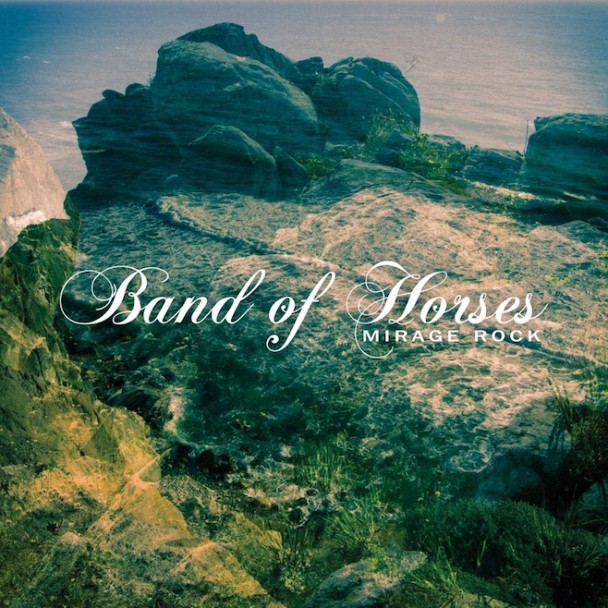 Today indie darlings Band of Horses released their fourth studio album “Mirage Rock”. For fans of the bands first two studio albums “Everything All the Time” and “Cease to Begin” fair warning this one is a complete departure from the whimsical sound of their early works. The band seems to be continuing with the harder hitting direction they began driving towards in 2010 with the release of their third album “Infinite Arms”. On “Mirage Rock” crashing piano crescendos and dreamy synth have been replaced by folksy southern guitar riffs and drum beats that really get you moving.

Lead singer Ben Bridwell delivers once again, less echo-y than we’ve heard him on previous works and more raspy and raw. His vocals give the album a genuine feel that most modern music is missing. Bridwell remains as impactful as ever which is no small feat in an industry that’s turned many artists into over processed auto-tuned ghosts of their former artistic selves. On the final track of the album ‘Heartbreak on the 101’ Bridwell really shines. He is reminiscent of an early Neil Young, pulling you in close with the sound of his honesty and then breaking your heart just like he always intended to.

“Mirage Rock” opens with the album’s first single ‘Knock Knock’. It’s a fun catchy tune that makes you want to bob your head and sing along to the oooh’s. The tracks flow nicely together throughout and the album has a nice balance of upbeat sing-alongs and ones that would be more appropriate to listen to alone on a rainy day. Unlike their previous albums, of the twelve songs that compose their latest effort more than half are fast paced and pleasantly upbeat.

Band of Horses has always been a band that doesn’t sound like anyone else out there, and they continue that impressive legacy with “Mirage Rock”. The songs grow on you the more you listen to them and you can’t help but be pulled in. It’s the kind of album that would be fitting to listen to on a long road trip through the middle of nowhere while the sun dips below the horizon. Congratulations Band of Horses on your return, you’ve been sincerely missed and we’re so glad to have you back.