A friend of mine told me about his new favorite band, Alabama Shakes. This band isn’t new; they’ve been performing together since 2009. They dropped their debut album, Boys & Girls, this past April. Alabama Shakes is a southern rock band, though their lead singer, Brittany Howard, lends a unique dimension to the sound with her raspy vocals. My personal favorite is Hold On. I just love that guitar and bass riff under the chorus. I also love how low-key their music video is; Brittany is rocking a t-shirt, and the whole atmosphere is very chill. They aren’t going for a specific image or theme, they are just themselves.

This rockabilly music is not my typical jam, but I thoroughly enjoy it! It’s a nice refresher from the music that’s currently dominating the airwaves. I highly recommend checking out their album Boys & Girls and I send many thanks to my friend Jake for telling me about it.

Alabama Shakes performs next at Terminal 5 in NYC on October 4, 2012. 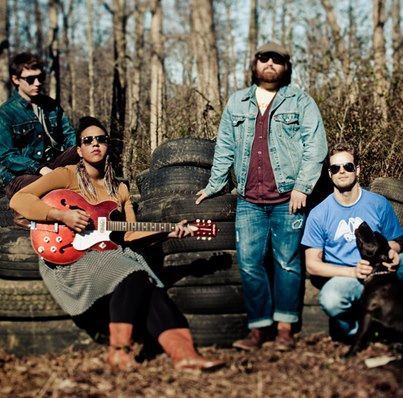